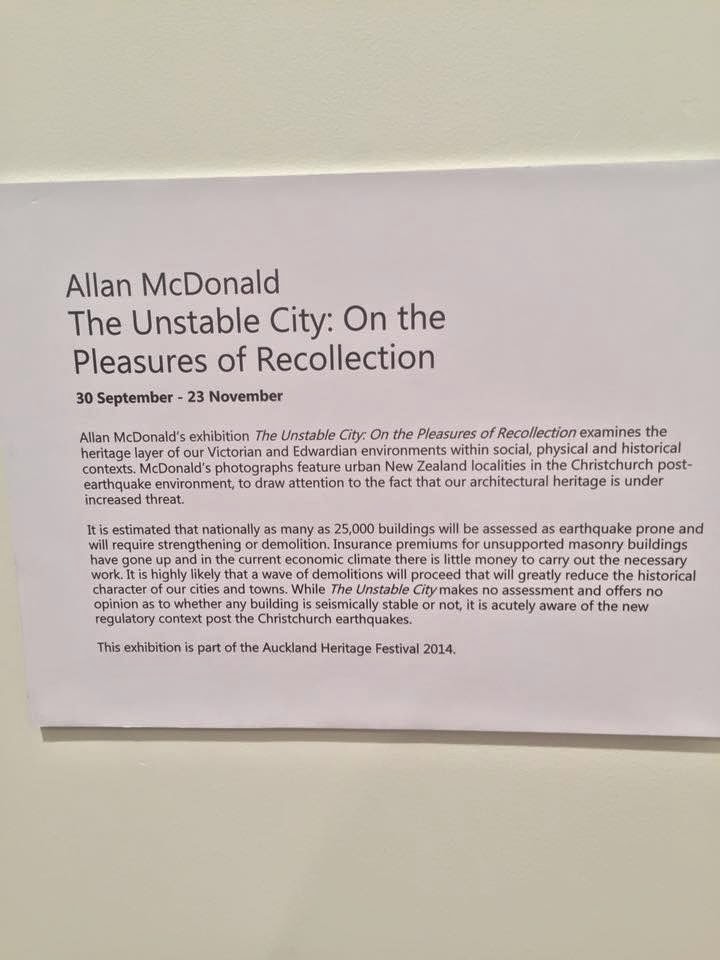 So above is the photographer we had a look at. Allan McDonald, a New Zealand photographer.
His photographs were very interested, and we all spent a very long time in there as there was so much to see. I personally liked the way he had presented his beautiful work. It suited really well. 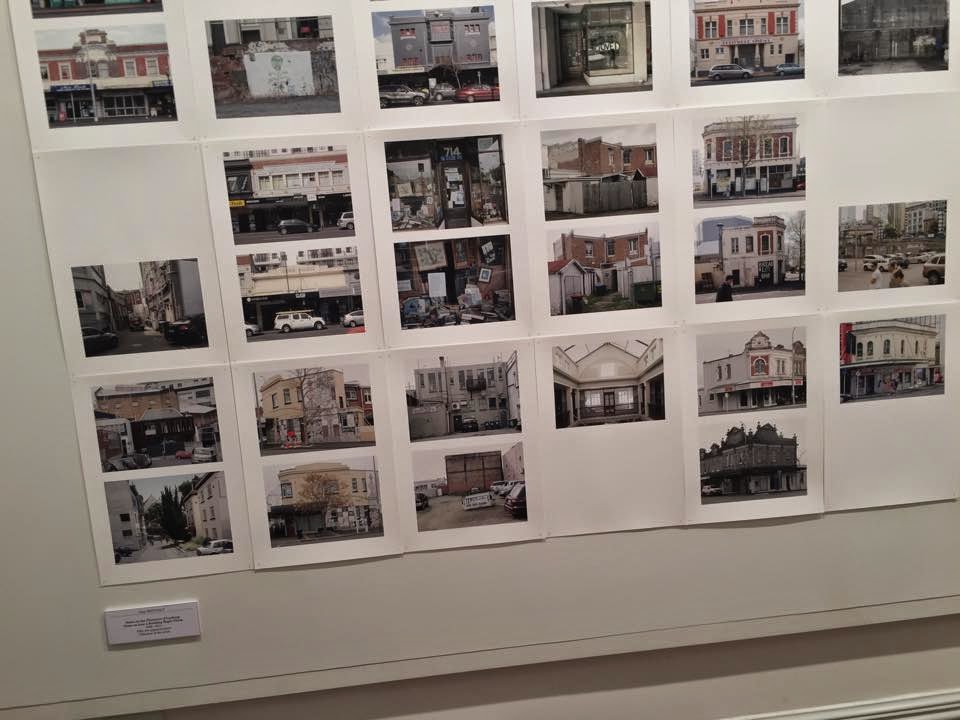 Above is a rough photo of how one of his presentations were. The photo doesn't do it's justice as it looked so much better in real life. He had a story sort of thing going on. He photographed same buildings but different sides of the building. I really liked the way he took these photos, and he has presented them very neatly.

On the other side he had 4 enlarged photos, which were amazing. He also presented them very well, though I don't think I would use that way. Maybe if he he had added on more photo to sort of have a pattern going on, I may of liked it. I loved the photos though, and I also liked the way he had framed them. It suited the photos very well.

Here is the way he presented his 4 enlarged photos. 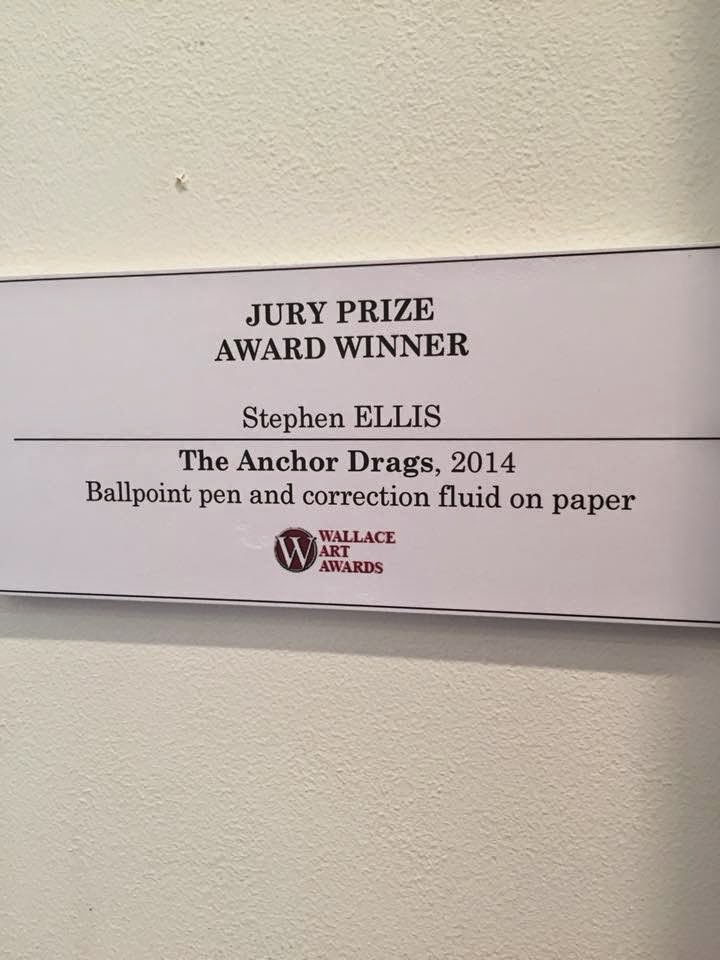 Stephen Ellis was an award winner, as you can see above. The photo below me is Stephen Ellis work, it's beautifully done and very unique. 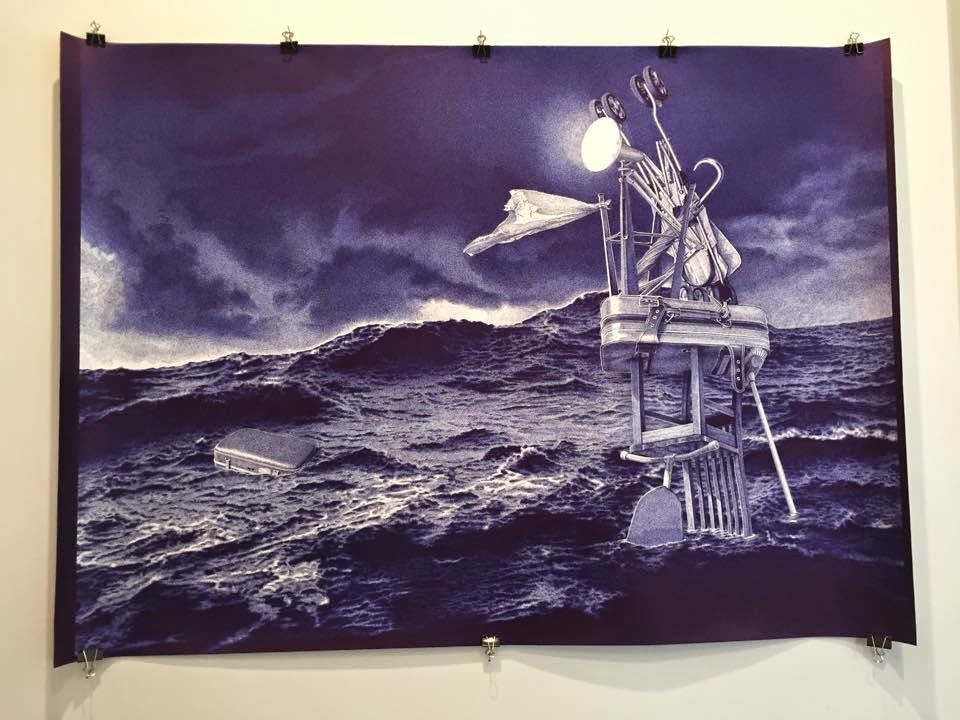 Now this lovely picture caught my eye. I don't like the presentation though, those clips have really ruined it. They're too big, and show a lot. Maybe if they had used something else it would stand out more. Though I love this piece of art. It's amazing how its done with ballpoint ink. I also wouldn't use this presentation. The thing I would have done differently with this, was to try get something less obvious to hang it up.