So today I took one of my friends out to the city and took some location portraits of her.
The weather was up and down it didn't help, but I took Saras advice and to continue with what we're doing. Luckily the weather settled down a little.

Todays photoshoot went well, but I found it very hard talking to the model, directing the model, and getting inspired. I had lunch with my model before the shoot, so she felt a little more comfortable around me and wasn't too shy.

I didn't use any reflectors or flash, I used a standard kit lens and natural lighting. The lighting has turned out very well, it's so bright and fresh and that's exactly what I was looking for.

I went to town and didn't have a clue where I was going to shoot, so I did a little tour with my model and it also gave us a chance to talk more and swap information with one another. As I was walking towards the viaduct I saw this beautiful wall with such lovely art! So I straight away got her to pose for me their. I wanted her to look very natural in the photos, didn't want it to look like she's posing or anything. 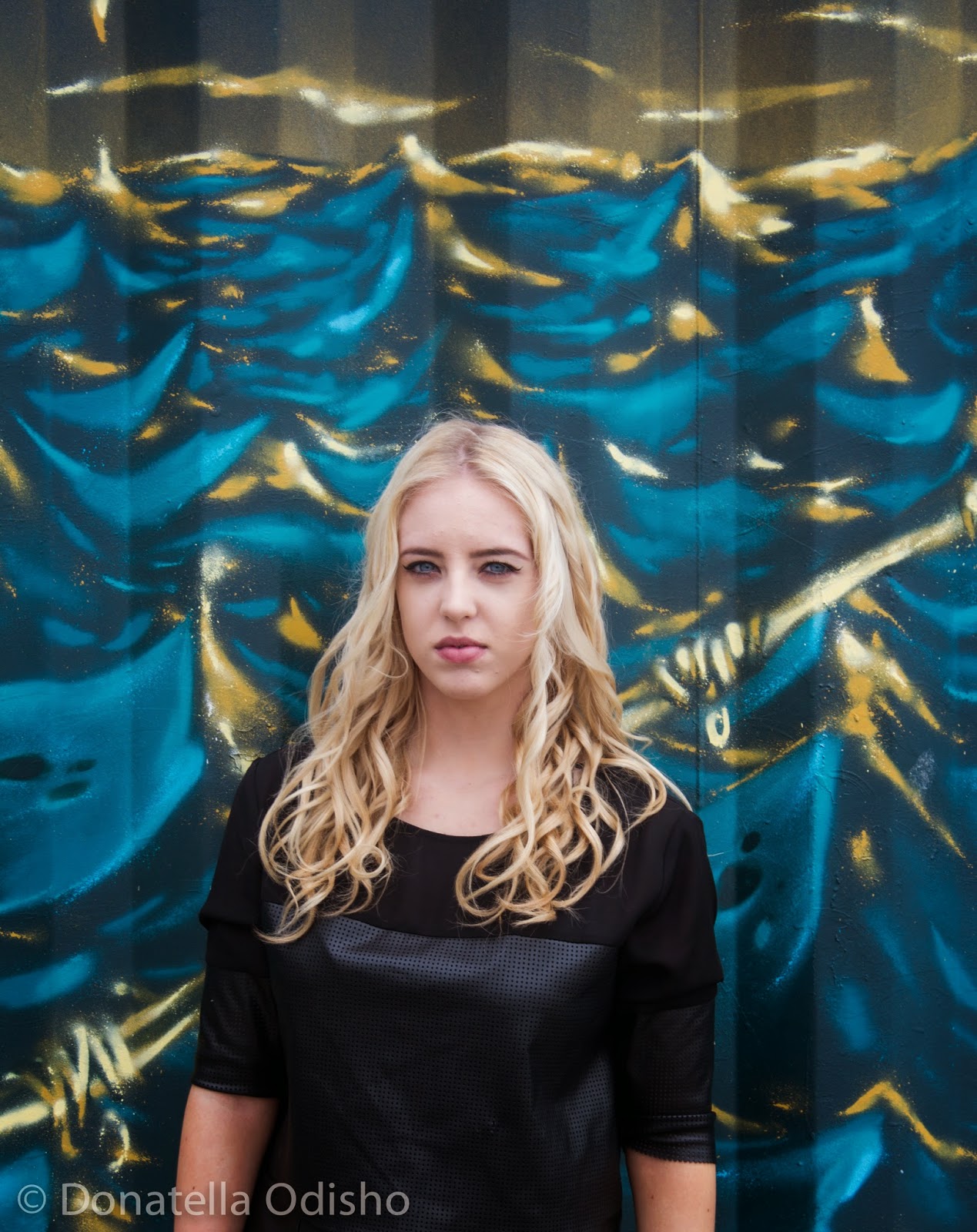 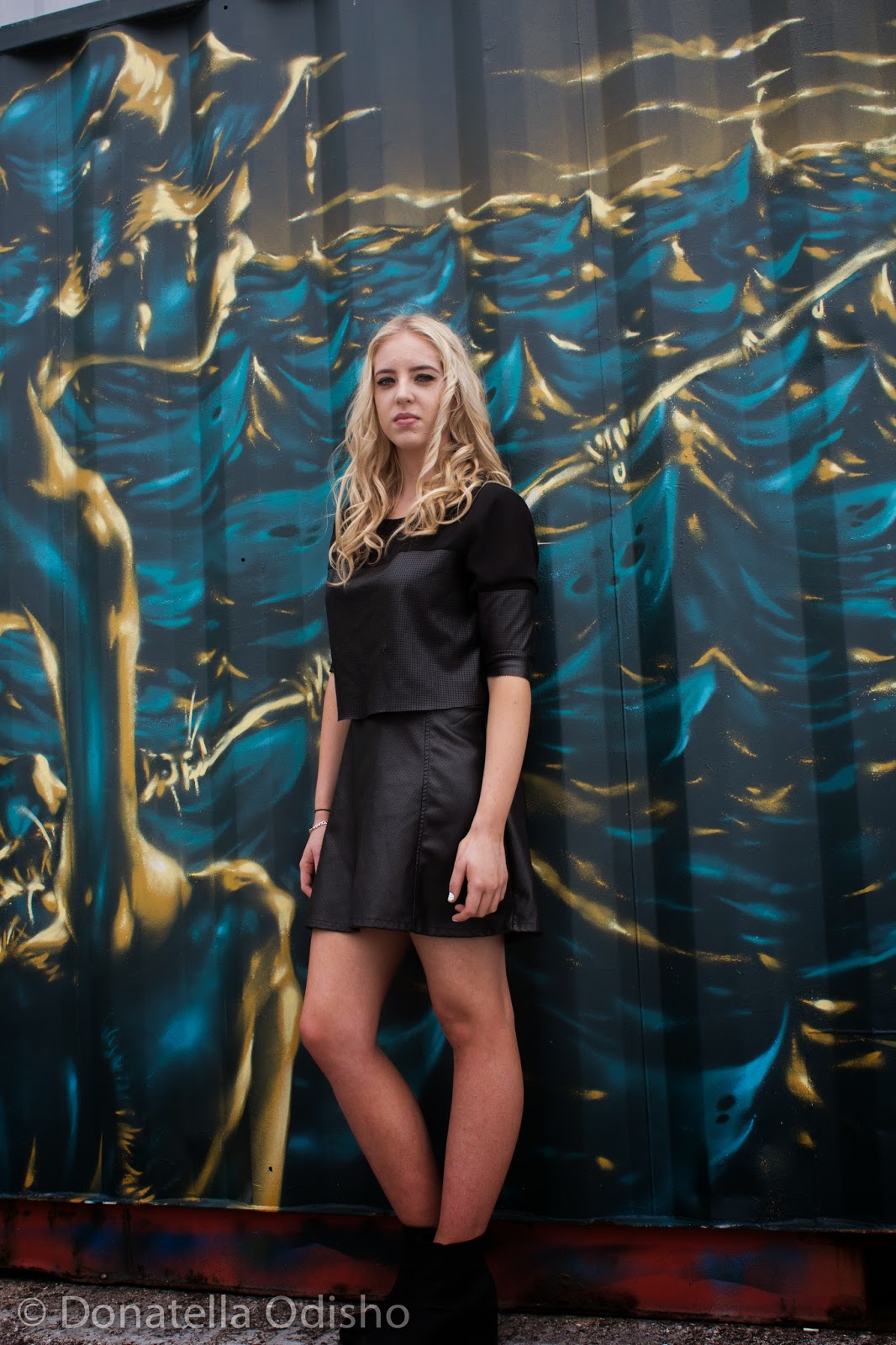 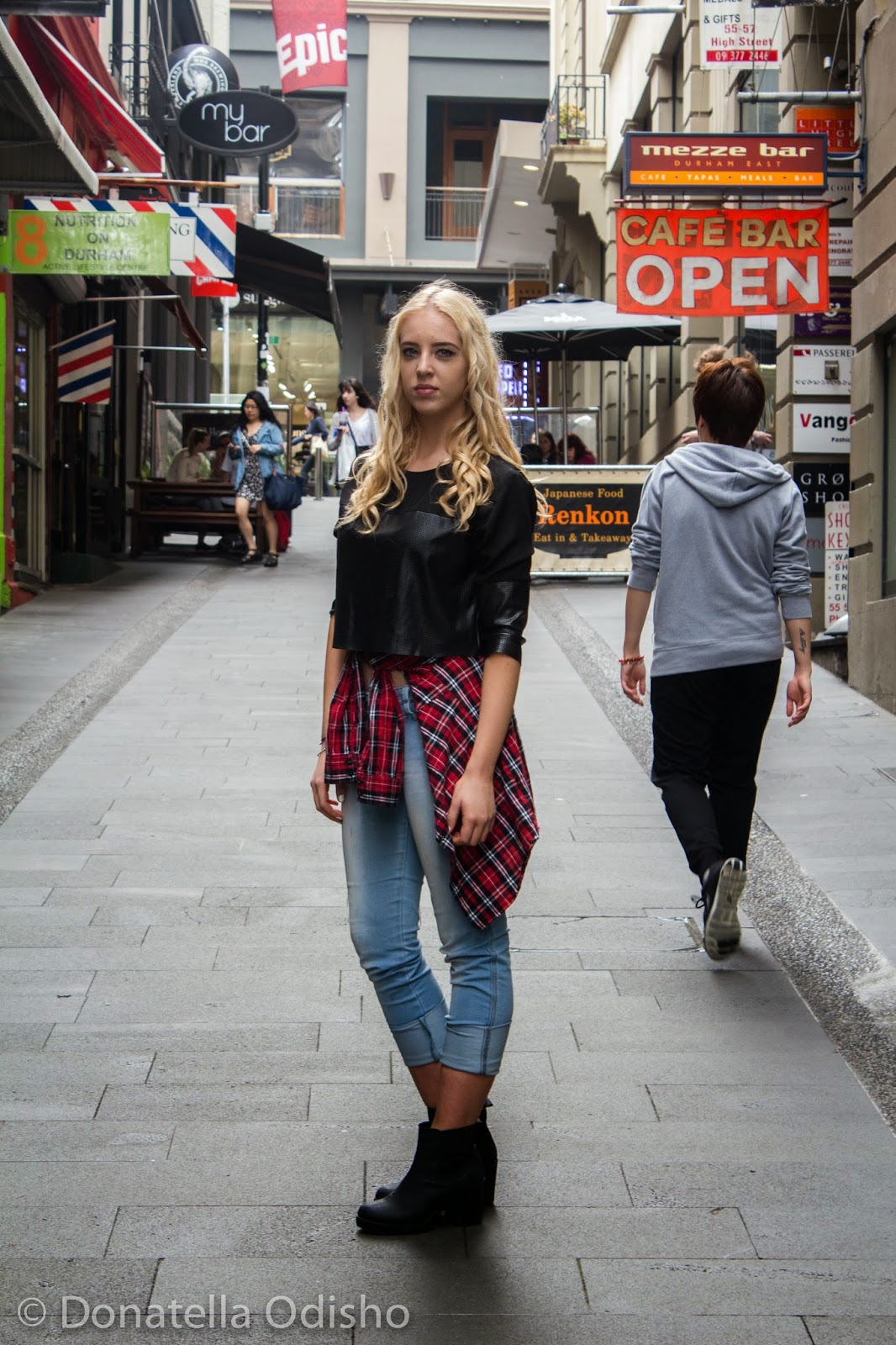 f8.0, 1/80 ISO200
http://donatellaodisho.blogspot.co.nz/2014/10/portfolio-planning-week12.html
The link above show's the similarity of the photo re-search I had done earlier last term.
The difference is the other model is all alone, but my model has people around her, more environmental.


This shoot was inspired by Sara Orme, not to take the same exactly photo but to do something similar and different location. To make it look more 'casual' and 'life styling'. I asked my model to dress as like she would dress any other day if she was going out to town for lunch or shopping. She was first nervous to what she should wear. So she ended up face booking me a few photos of her outfits from 4 and we chose these two outfits. The reason to why I chose these photos was because I wanted her to look very natural. I wanted her to fit in with the crowd but then I wanted her to stand out in the photos just as she is on the third photo.

What worked out really well was the lighting as it has shown the pictures really clear and that's what I always look for my photos. I don't like dark photos much, unless it's suppose to be dark. However what didn't work was my model, she wasn't feeling to comfortable posing in font of a crowd.. She was looking uncomfortable on the photos too. So I tried my best to take her to places where there wasn't so many people but of course in Auckland City, that is impossible, right? 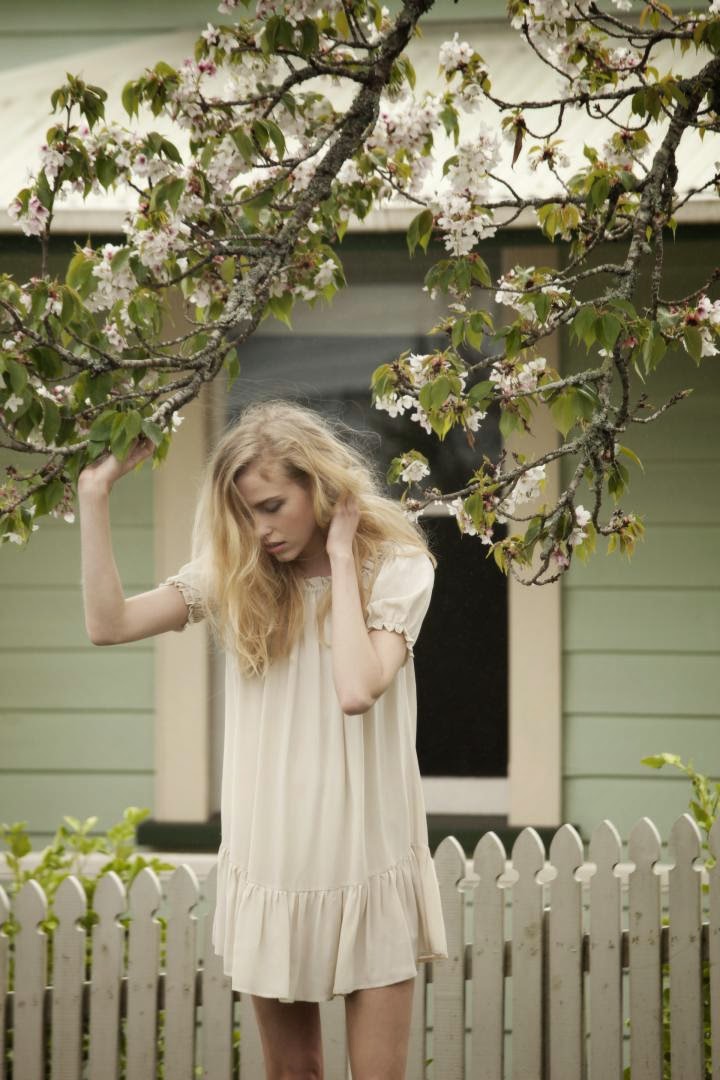 Above is one of my favourite photos from Sara Orme. This photo looks so natural, and so bubble as well. I like how the green leaves blend in with that very light green wall. This looks very much to a photo I would do. As it looks so natural and unplanned. If you weren't photographer I pretty much think people would think this photo was taken randomly. I really like the angle of this photo, it almost looks like a slight low angle, with a little twist. I also think there was hardly any post shop production on this shot as it looks so natural but I may be wrong. I'm trying to figure out if she's using a reflector to stop the sun from shining onto her face and dress, but then I don't see much such on the background. So I'm a little confused with this one. 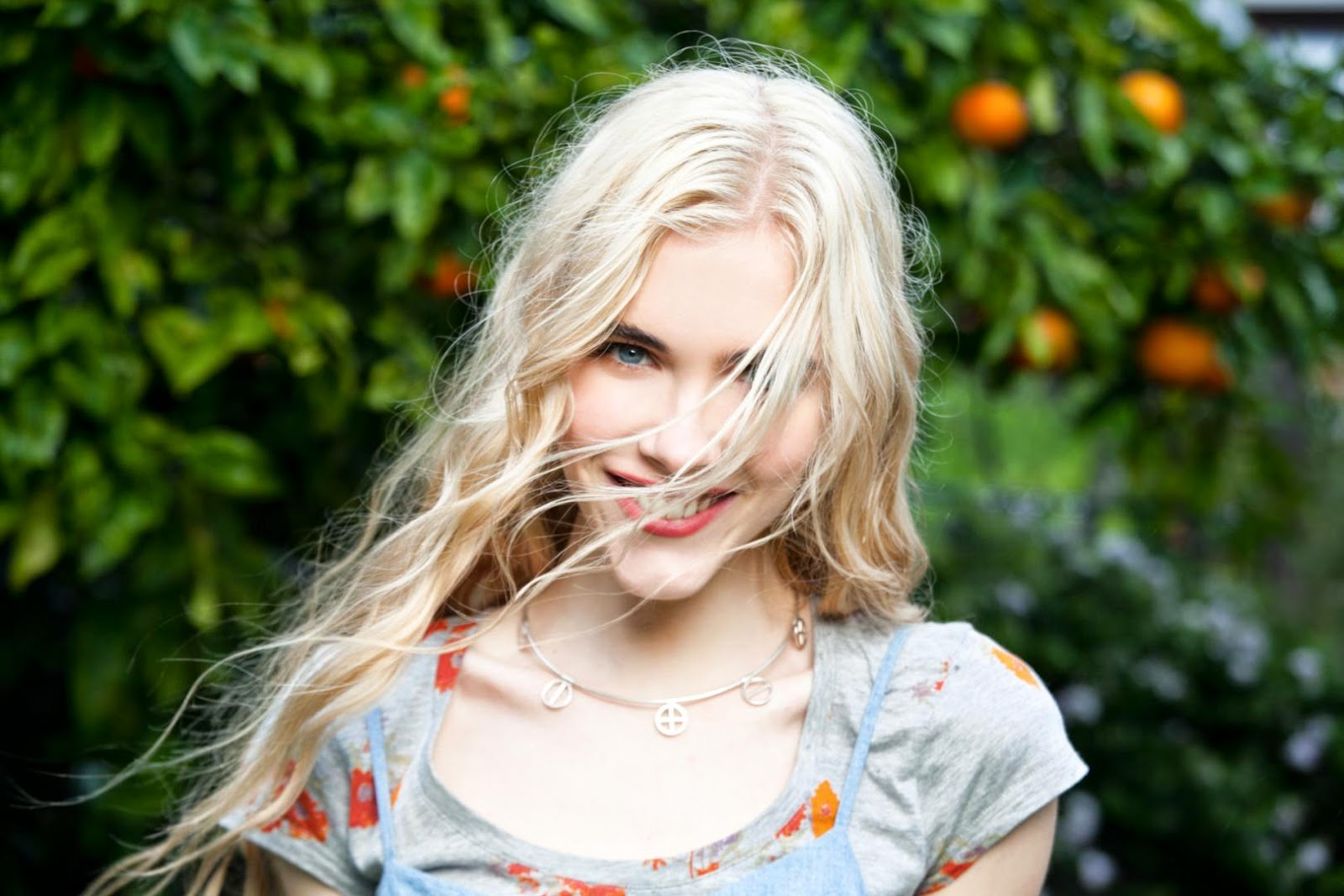 Now here is another beautiful shot from Sarah Orme, Fashion, Located.
The colours in this photo stand out so well. I can see she's using a lot of orange, orange on the tree, orange lips, and few orange spots on her T-shirt. What I think is working in this photo really well is the hair. Looks very natural, looks like the wind blew it and she captured it. I love how she's managed to shoot in front of an actual orange tree, it just makes the photo that much better by adding 'live' things.