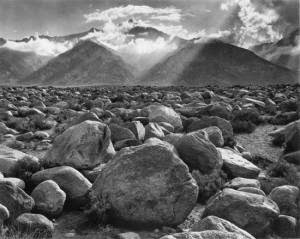 Ansel adams used a large format camera to capture this image. The camera uses 8 by 10 inch sheets as opposed to film. This combined with the f/64 aperture setting(wow the aperture can get really high!). It produces the sharpest focus and the depth of field, gives the photograph and impressive amount of detail. 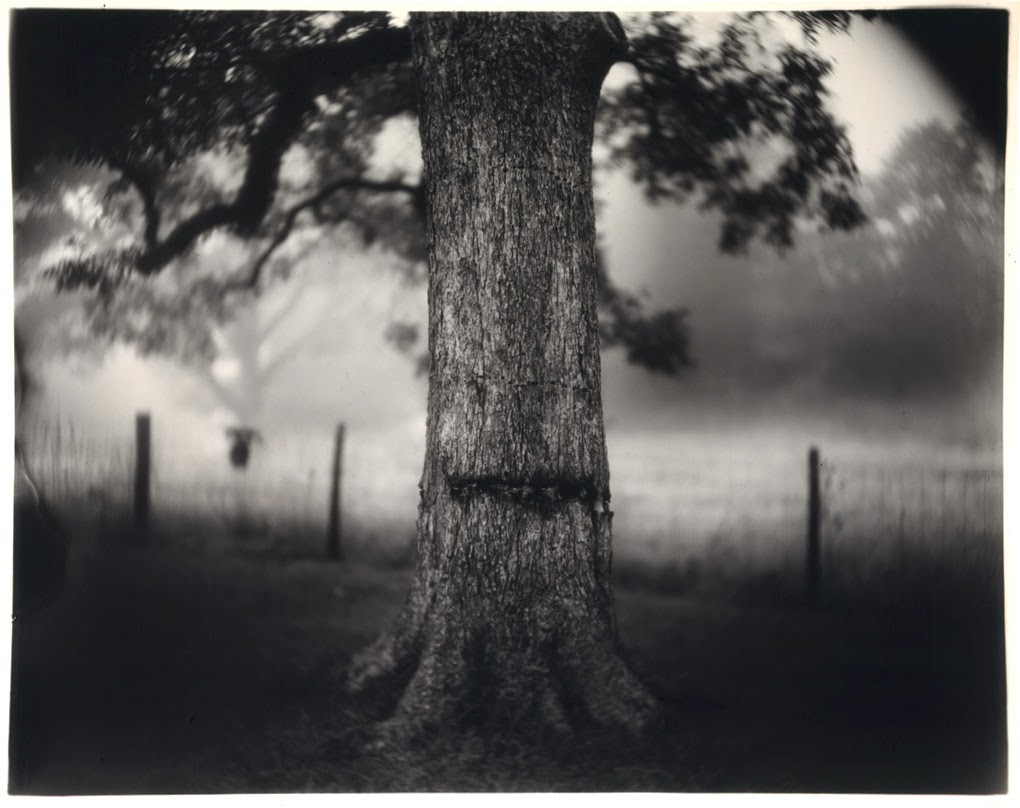 Here is a photo from Sally Mann. Besides this is a very different photo of what she does. She's more into taking photos of her children. I found this photo very interesting. I just love how the focus is on the tree, and so blurry on the rest. You can tell she aperture would be at a low F stop, as it's focusing on one thing rather than all of the picture. This photo was from the series Deep South by Sally Mann, and this photo is called Scarred tree.